Why the CIA is for Hillary Clinton

Morell retired from the CIA in 2013 after a 33-year career, having spent two decades in high-level positions in Washington. His duties included preparing the President’s Daily Brief for George W. Bush. For three years he was deputy director, running the agency day-to-day, and he had two stints as acting director, for three months in 2011 and for four months in 2012-2013. 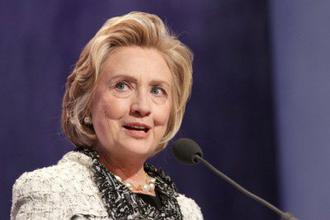 Morell was a top official throughout the period of CIA kidnappings (renditions) of victims who were then held in secret prisons and tortured. He helped lead the CIA when it was carrying out drone missile assassinations and other forms of covert state terrorism. Throughout his tenure in Langley, Virginia, the CIA was engaged in war crimes in Afghanistan, Iraq, Libya, Yemen, Syria and many other countries.

After Morell left the agency, Obama appointed him to the President’s Review Group on Intelligence and Communications Technologies, which prepared a whitewash of National Security Agency spying following the revelations by Edward Snowden. He then moved seamlessly to a position as a well-paid media commentator for CBS News, while joining the campaign of former CIA officials to block the release of the Senate Intelligence Committee report on CIA torture.

That such an individual comes out publicly in support of Hillary Clinton says a great deal about the nature of the Democratic presidential campaign and the type of administration Clinton will head in the event that she wins the November election.

Morell’s op-ed column appears under the headline: “I Ran the CIA. Now I’m Endorsing Hillary Clinton.” As far as the New York Times is concerned, support for Clinton from an organization that is identified around the world with torture and murder should be shouted from the rooftops. It is something to be proud of, a positive credential for the Democratic presidential nominee.

The former CIA official declares Clinton “highly qualified to be commander in chief,” praises “her belief that America is an exceptional nation that must lead in the world,” and notes that in the internal discussions over US intervention in the Syrian civil war, “she was a strong proponent of a more aggressive approach.”

Morell denounces Trump as unqualified to be president, in part because of his volatile personality and lack of national security experience, but mainly because of his supposed connection to Russia.

“President Vladimir V. Putin of Russia was a career intelligence officer, trained to identify vulnerabilities in an individual and to exploit them. That is exactly what he did early in the primaries. Mr. Putin played upon Mr. Trump’s vulnerabilities by complimenting him. He responded just as Mr. Putin had calculated…

“Mr. Trump has also taken policy positions consistent with Russian, not American, interests—endorsing Russian espionage against the United States, supporting Russia’s annexation of Crimea and giving a green light to a possible Russian invasion of the Baltic States. In the intelligence business, we would say that Mr. Putin had recruited Mr. Trump as an unwitting agent of the Russian Federation.”

This extraordinary allegation adds fuel to the campaign launched by pro-Clinton pundits like New York Times columnist Paul Krugman, portraying Trump as a “Siberian candidate” whose campaign represents a Russian intervention into the US elections.

The Clinton campaign has embraced and promoted these McCarthyite smears, issuing a video Friday posing the question, “What is Donald Trump’s connection to Vladimir Putin?” The video, available on YouTube, consists of clips of right-wing media figures, including Joe Scarborough, Charles Krauthammer and George Will, denouncing Trump for his praise for Putin, interspersed with questions suggesting that Trump has secret business ties to Russia and is being financed by Russian oligarchs.

In style and political content, the video recalls the ravings of the John Birch Society, the anticommunist organization of the 1950s and 1960s that claimed leading US political figures, including President Eisenhower, were Soviet agents.

This underscores the drastic shift to the right in the political orientation of the Democratic Party. It does not oppose Trump on the basis of his militarism or his authoritarian contempt for democratic rights. Instead, the Clinton campaign is presenting itself as the authoritative party of the military-intelligence complex and the political establishment, appealing to billionaires, the military brass and the intelligence agencies.

In the form of Trump vs. Clinton, the US electoral system has provided working people the “choice” between an openly fascistic demagogue and an avowed representative of the Pentagon, the CIA and the financial establishment hell-bent on launching new imperialist wars.

The barrage of claims by the corporate media that Trump, as distinct from “normal” US politicians, is deranged deserves only contempt. Both Trump and Clinton are deadly enemies of the working class. They may be opposed to one another in the election campaign, but that is no argument for working people to take sides. Rather, workers and youth must draw the conclusion that the entire political system is deeply dysfunctional and should be swept away.

The Democratic Party is appealing, not to the mass opposition and disgust with Trump on the part of working people, but to the opposition to Trump within the US ruling elite, whose main concern is that the Republican candidate’s friendly gestures towards Putin, his open questioning of the value of NATO, and his expressed reservations about US wars in the Middle East are cutting across the bipartisan foreign policy consensus in Washington.

This poses immense dangers to the working class. The logic of the Democrats’ anti-Trump campaign is to channel mass opposition to Trump behind preparations for war with Russia, a nuclear-armed power. In the event of a Democratic victory—increasingly likely according to polling this week—Clinton will claim a mandate for war policies that can be carried out only through a frontal assault on the living standards and democratic rights of American workers. This demonstrates that the differences between Clinton and Trump are purely tactical: how best to subordinate the working class to the war drive of American imperialism.

As the World Socialist Web Site has previously pointed out, Trump did not crawl out of the Manhattan sewers or a Munich beer hall. He emerged from the well-heeled, corrupt circle of real estate speculators in New York City, where he had the closest ties with the Democratic Party machine. He was molded and promoted for decades by the corporate-controlled media and the political establishment. He and the Clintons are old friends: he invited them to one of his weddings; they asked for his money for their political campaigns and bogus charities.

If Trump is suddenly branded as a monster who must be kept out of the White House, it is only because the US financial aristocracy and the military-intelligence apparatus have a different monster in mind, one they consider more dependable: Hillary Clinton. She’s the monster who is on message—on Ukraine, Russia, NATO and the anti-Chinese “pivot to Asia.” She knows which generals to salute and which billionaires to flatter. She’s a “safe pair of hands,” which means she can be relied on to kill the right people.

That is the meaning of Clinton’s endorsement by the CIA’s Michael Morell and, more generally, the wave of support for her campaign from billionaires, Republicans, generals and the media